The Team at Old Mondoro has been carefully selected and compiled for their skill, professionalism and enthusiasm to ensure all guests get the very best of Zambezi safari experiences. 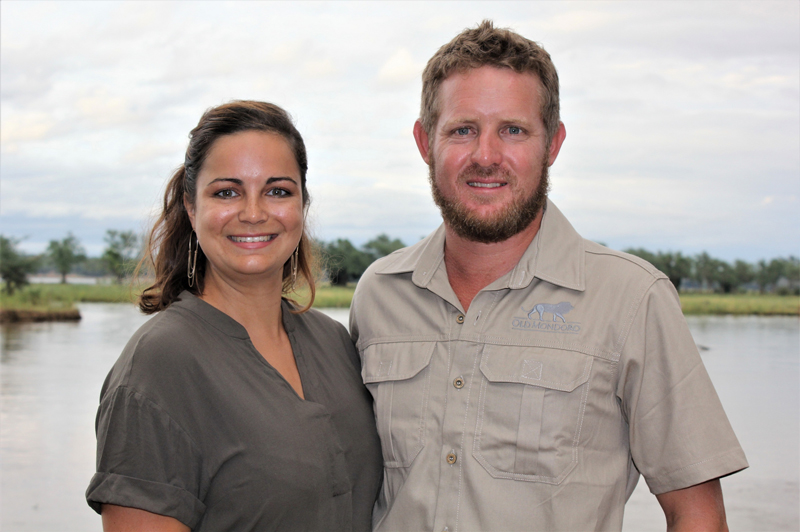 Mark and Madelein have been involved in tourism and safari industry as a couple for the past 10 years and have worked in various lodges in Tanzania, Botswana and South Africa. Mark has had a love and passion for nature from a young age and thus studied Nature Conservation. Madelein studied Hotel Management and started her career in hotels, but fell in love with the tranquility of the bush. Their diverse background makes them a great asset to the Old Mondoro Team.

THE GUIDES
“BEST IN AFRICA GUIDING” 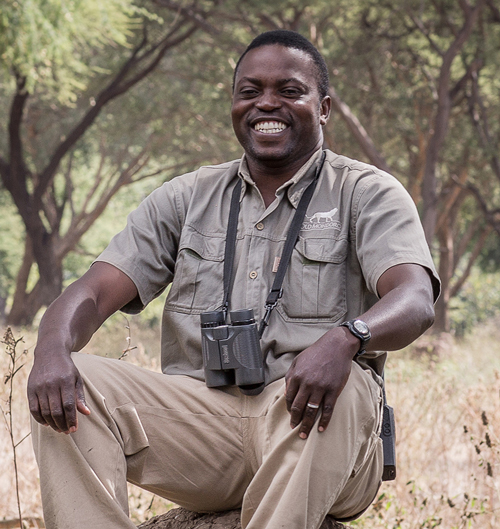 Sebastian is one of an exclusive club of guides in the Lower Zambezi that is licensed to carry out drives, walks and canoeing. Multi skilled and personable, Seb spent two seasons at Chiawa Camp before joining the Old Mondoro team where he will bring his welcome skill, choice and personality into the mix. 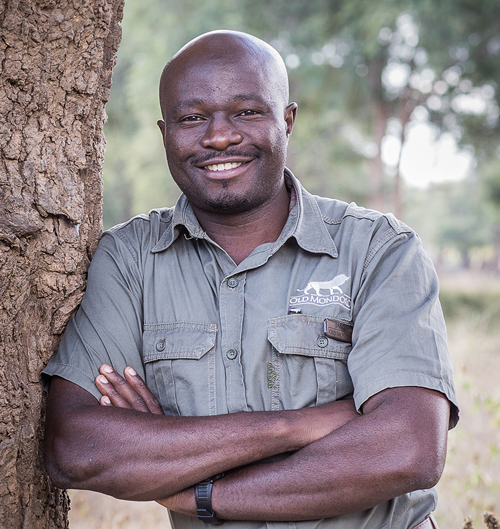 James has been guiding since 2009, he started working in safari camps as a waiter and then discovered his passion for the bush. His favourite activity is canoeing, he loves getting out on the water and his best sighting was spotting his very first Aardvark at Old Mondoro in his first month with us after working in the bush for 10 years. He has since seen his first pangolin here (during the day time!) which he had always hoped to see but never thought he would. His favourite animal is the leopard which means he is working at the right camp! And he really enjoys birding. 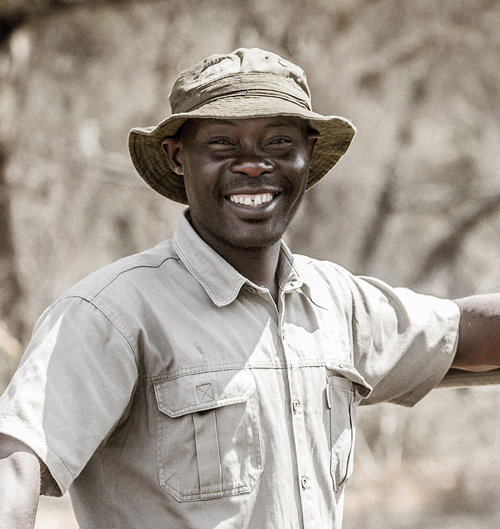 Marshal was born on the banks of the Zambezi River, starting off as a barman and working his way up to canoeing and game drive guide. He loves to travel and aside from being passionate about his profession, especially canoeing, he has been fortunate enough to travel around both Africa and Europe – his favourite travels to date took him tracking gorillas in Uganda.

If you are looking for a unique and remote camp with top quality guiding you will love Old Mondoro.

Mark, Madelein, Sebastian and James treated us to one of the best life experiences we've ever had. If we could ever go back, I'd be there in a heartbeat.

The team made us feel so welcome, the food was delicious and our guide Sebastian was extremely knowledgable and respectful of the environment and wildlife. The highlight was watching a Leopard hunt only to be foiled by the enthusiasm from her young cub deciding to assist.

I appreciate that the guides only use red lights at night. Sebastian helped me with my camera settings to get those nighttime shots. The guides, trackers, boat captains are all knowledgeable about the animals. Even the young man who drove us to Jeki International for our flight to Livingstone had wonderful information on zebras and the peoples who had lived in the area before the formation of the national park.

I appreciated the guides’ respect toward the wildlife. We were close to so many animals, but not so close as to disturb them. Wonderful photo opportunities with minimal interference which meant we could observe their natural habits.

With only 10 beds, Old Mondoro is the Lower Zambezi...

At Chiawa Camp and Old Mondoro it is all about

Situated on the banks of the Zambezi River in the...